The String Trio of New York 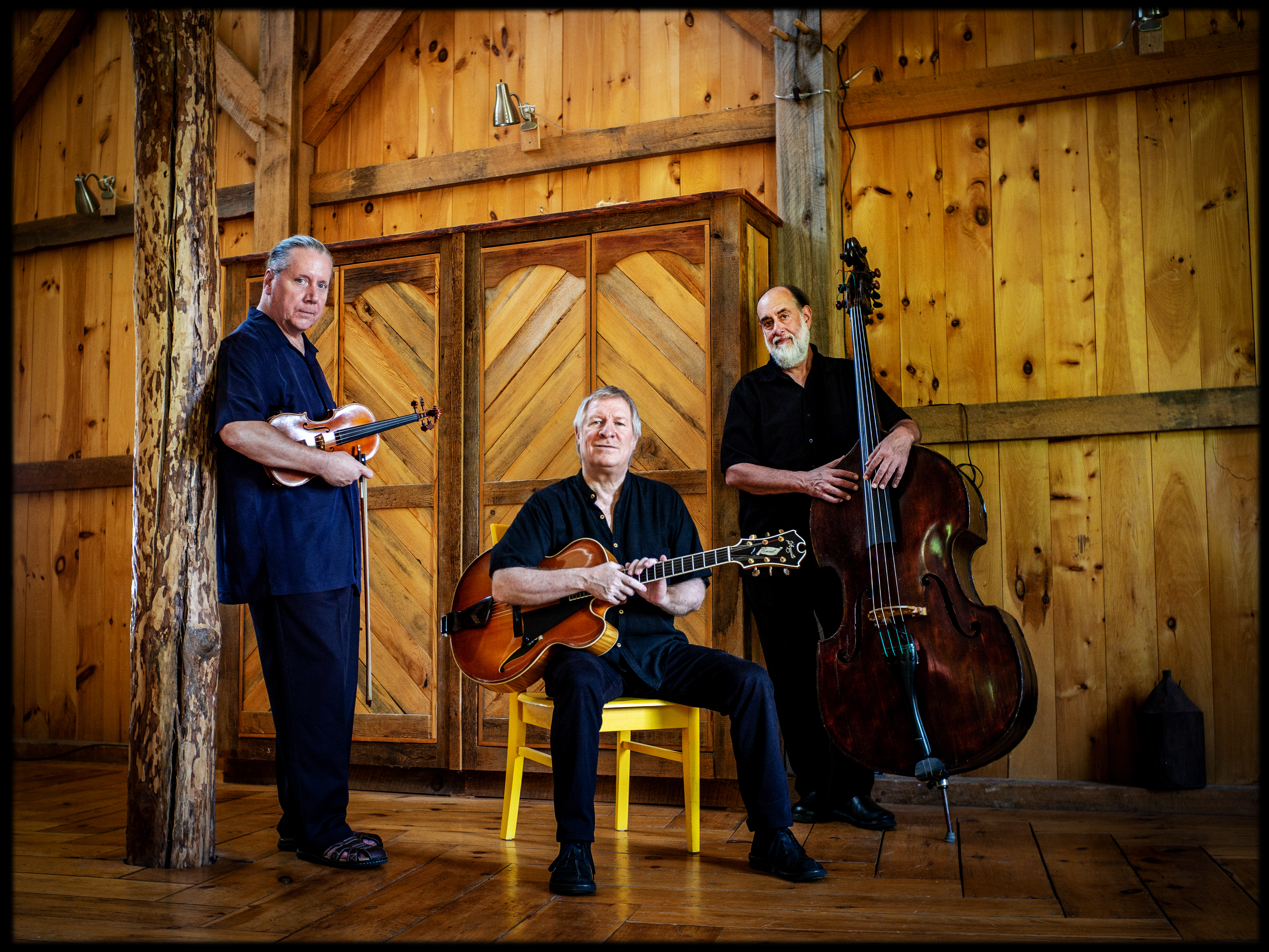 Spawned from the richly diverse adventurous music scene on New York’s Lower East Side in 1977, the String Trio of New York (S3NY) delights, surprises and inspires audiences around the world with its unique improvisations and compositions for acoustic violin, guitar and bass. The group is one of the most active and visible of the original late 20th century ensembles playing new music in the jazz tradition. A true pioneer of the genre-busting, unclassifiable music that blossomed in New York in the 1980s, S3NY plowed the path for future explorers, combining jazz, western classical, world-music and experimental forms into a cohesive palette of sonic textures and adventurous energy that opened the ears and minds of the public for what eventually became known as New York’s Downtown Sound.

Entering its fifth decade in 2018, S3NY has an extremely rich history of live performance, including appearances at many of the country’s foremost concert series, including Great Performers at Lincoln Center, the Kennedy Center, Houston’s Da Camera Society, Stanford Lively Arts, Spivey Hall in Atlanta, San Francisco’s Herbst Theatre, the Wexner Center., the University Musical Society in Ann Arbor, Wolf Trap, and many others; as well as scores of performances internationally at notable venues and festivals in Germany, Italy, France, Austria, Holland and more. Additionally, the ensemble has been featured in various media outlets, including National Public Radio’s Weekend Edition and on Public Radio International’s Concerts from the Library of Congress.

The S3NY brings together three of the most virtuosic, creative and unique individuals in jazz and contemporary music:

Hailed by critics worldwide, the New York Times observed that the Trio “…played jazz that was rhythmically alive, stylistically varied and consistently inventive as anything this listener has heard recently. JazzTimes raved, “No individual or ensemble has done more to demystify chamber jazz, and to realize its potential for warmth, sensuousness, and beauty…than the String Trio of New York.” The Philadelphia Inquirer said that the S3NY “…is solidly prepared, but offers the excitement of improvisation projected through unshakable musicianship.”

James Emery has received global recognition for his original approach as a composer / guitarist. A Guggenheim Fellow, Emery has composed over 150 works for a variety of formats including symphony orchestra, chamber ensembles, jazz ensembles, and solo guitar.

Tony Marino has established himself as one of the most versatile, skilled, and virtuosic bassists on the international concert stage. Tenor sax master Dave Liebman and Marino have enjoyed an ongoing thirty-year collaboration which has resulted in many recordings, worldwide performances, and critical acclaim. In 2018, he became part of the distinctive chamber jazz ensemble, the String Trio of New York.

Rob Thomas is regarded as one of the most impressive contemporary jazz violinists.  His breadth of ideas, stunning technique and total command of the jazz vocabulary inspire all who hear him.  JazzTímes calls him “a violinist of exceptional creative resources… riveting as a  solo voice with a rich complex tone that can sing or shriek.”

Concert performances take the listener on a multi-faceted journey, guiding audiences of all types on a voyage through a broad and deep repertoire of original works, commissioned pieces by diverse jazz and contemporary music composers, and original arrangements of classic jazz compositions. The compelling and dynamic blend of improvisational excitement coupled with the sensibility of chamber ensemble interplay is an essential part of the live concert experience. Their hundreds of worldwide performances and seventeen award-winning recordings attest to the depth of spirit and commitment S3NY offers.